Home Interviews ”I could lay that plug right up next to the lily pad... 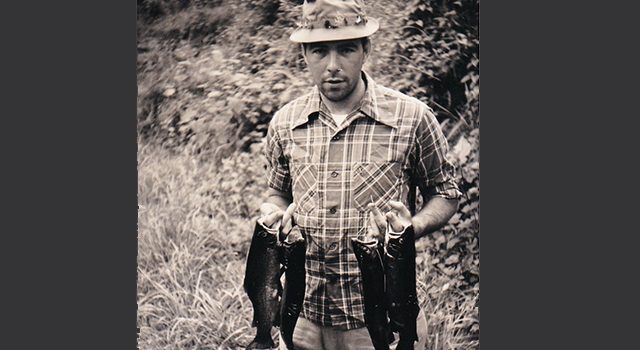 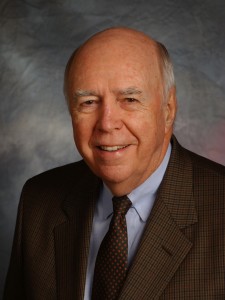 I went to at Emory University and graduated in 1954.

I practiced for well over 50 years

Q. How did you become involved with teaching?

When I found that concept of making the occlusion work in relation to the joint and getting all these great results, why I would challenge the people that were saying that TMJ problems were just the psychosocial stress disorder. I said no, that’s crazy. We can fix those, listen now, we can.

I was one of the group that founded the Pankey Institute, right from the very beginning I was involved in teaching there.

And so I kept going for 25 years, but at the same time I was doing my seminars separately

I started the Dawson Center in 79. You know I had been teaching seminars all by myself from 1961 when I gave the first one… it was the first concept of Complete Dentistry seminar.

and I set up the Dawson Center for advanced dental study. When we built our new building and moved to everybody in there, we had all the specialties involved and I wanted to do it as a multidisciplinary think tank and then use the a different specialist as part of the teaching effort to share with the dentists that had been coming for the seminars. We developed quite a camaraderie among all the dentists that were coming and it was a close knit group. Quite large though, it’s been well over 50,000 dentists that have been through our seminars.

Q. What is your number one fun thing to do out of the office? 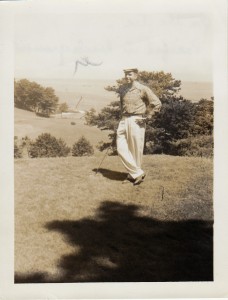 I’m using a lot of hybrids instead of the Callaway. Yea a member of Wildcat Cliffs Country Club in Highlands North Carolina… We live there during the 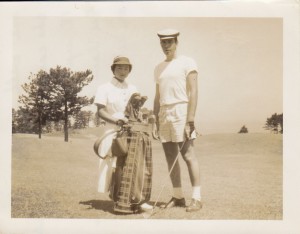 summer. I don’t play more than three or four times a week up there. It’s very hilly, it’s a mountain course. It’s fun. I play at the Vinoy club here, I’m a member here.

Living in St. Petersburg, I image the water has played an important part in you life….

For the first 10, 12, 15 years of our marriage sailing was our number one social life. Jodi and I both sailed and we sailed a lot of regattas and most all of our friends were sailors. We sailed the fish class sloops that were owned by the St. Pete Yacht Club. They had a fleet of 12 of those, it was a keelboat with a cockpit, crew of three and I skippered one of them and had my team and we compete every weekend to see who would represent the yacht club at different regattas that we’d go to. And we just had more fun… it was a great time… and of course Tampa Bay is a phenomenal place to sail. It’s really great.

Q. Do you have a favorite toy?

My favorite toy probably a camera. I love photography. Did a lot of nature photography. Just did it for my own enjoyment. Probably I could name a couple other ones would be a fly rod, cause I love to fly fish and another one at one time would have been a tennis racket. We used to play a lot of tennis. See that’s a problem when you love to do a lot of things, you’re not really very good at any of them. But if you have a good time what difference does it make…

Q. Where have you fished?

I’ve been all over. I’ve fly fished in Alaska, fly fished for bonefish in the Bahamas, by the mountain streams in North Carolina. I grew up bass fishing on the Withlacoochee River with my dad. We built a cabin back in the swamp, 3 miles down the river, had to go down in by boat to get to it. It is really primitive and Withlacoochee River goes through what was called the devils punch bowl. 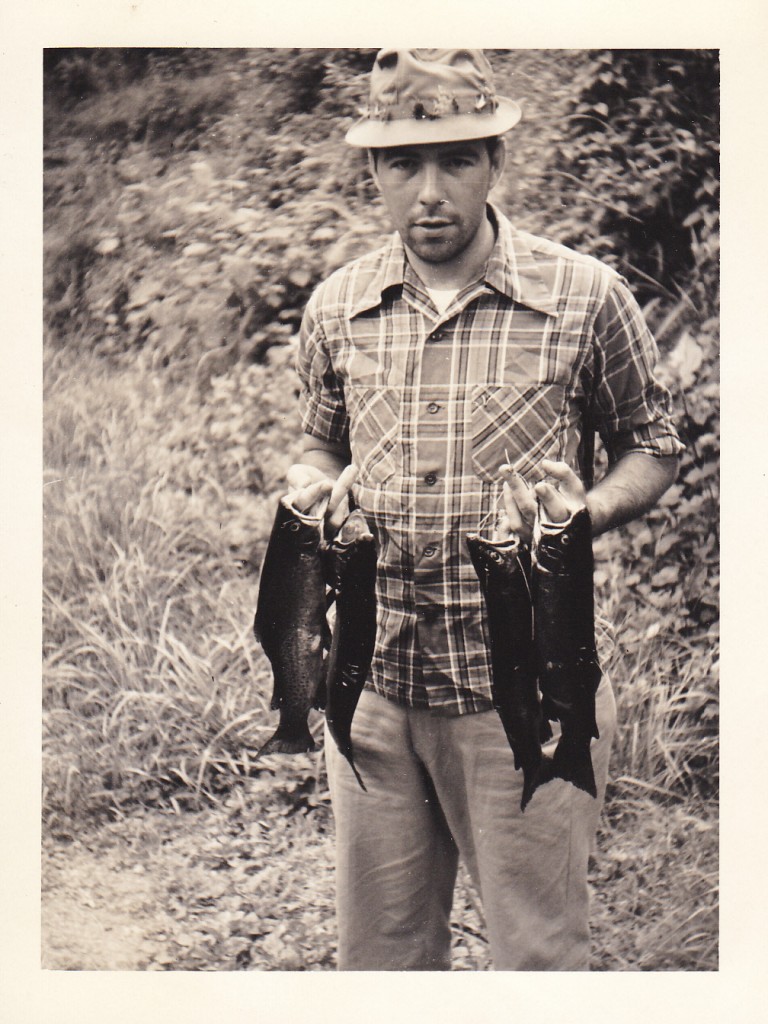 It’s a beautiful clear spring-fed River that then spreads out into a lot of estuaries and the fishing was fabulous. We’d fish with top water plugs. I could lay that plug right up next to the Lily pad and jiggle it a little bit and wait for the bass to hit it. That’s still my favorite kind of fishing.

Q. You have always been very open about faith and family… how important is faith in your life?

Faith is huge in my life. It’s number one. In fact I’m Christian and I try to practice in the Christian life. That’s why I tell my dentists I’m talking to that the number one best practice pillar they have is loving their patients and following the Christian viewpoint putting patients ahead of themselves. And I always try to do that.

No, faith is huge in my life in fact every morning in my life I get up around 6 o’clock and I spend at least an hour studying the Bible. And then I teach two Bible studies in North Carolina one in our church and one in our club. We have about 15 to 25 guys that show up every Tuesday for Bible study from the country club, and I love doing it. It’s God’s instruction book and it’s a very, very good instruction book.

Q. How long have you and Jodi been married? 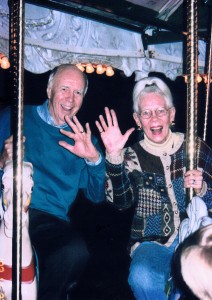 By golly it will be 58 years this year… and they’ve been really good years too, we’ve had a really good marriage.

Family was always number one. Early on we bought a cabin in the woods and we just go
there every weekend. It’s 100 miles from St. Pete, but we would go every weekend. We would swim and fish and go through the woods hunting blackberries or whatever and it was family time and we stuck with that.

We had a house in the Bahamas for about 25 years and we would go there and enjoy that fishing and just have a great relaxing time.

I take my son Mark I have one son, three daughters, I would take Mark over there and tell him he could invite anybody you wanted to go with them if they would bring their father and so we have a father-son week and we got about five kids and their dads and we do that every year for a week and that was really really fun

When we built our house we had a tennis court, big swimming pool and we did not have a living room. We converted the living room into a big game for the kids and said when they’re gone well them we’ll turn it into living room, which is what Jodi did. But we had a pool table and a ping-pong table and a big black board, player piano, bunch of beanbag 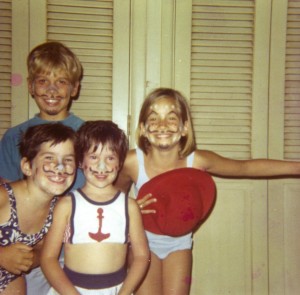 chairs. Very often I would get home and Mark would be standing at the door with a ping-pong paddle in his hand and he would say, “I’m gonna get you today” I’d say, “oh no you’re not”. At one time we had, he keep score and up in the corner of the blackboard which is a
full-size school room blackboard, in that room, but in chalk he put up in the corner, at one time it was like 113 to 114 in games. We loved every year of our kids growing up. I mean we loved even the teenage years… we really enjoyed them.

Q. From your perspective, what do you think it takes to have a successful practice?

You know I’m constantly asked that question and I’m also asked the question… “Why can’t I get my patients to accept treatment plans and all that”. I think the number one thing to give you a very successful practice, beyond knowing what you’re doing, is empathy

It’s just trying to put yourself in the patient’s place and helping them make the right decision rather than trying to sell every patient complete mouth reconstruction.

What was the most successful thing you did to market your practice?

I always thought word of mouth was the best marketing. I came up at a time when you weren’t allowed advertise and I found that word-of-mouth work very well and I would just tell my patients when I finish them, I said… now I think I’ve done a good enough job where you not to need me very much for the rest your life so I’ll appreciate it if you’ll send somebody to replace you and anybody you send I’ll try to give extra goods service for and take care of them and I just hope you sent me some is nice as you. It really worked

I would.  I would say to know when enough is enough.  The enemy of contentment is comparison.  And you can always look around and see somebody who’s bragging about making more money than you do or having a bigger office than you do or driving a bigger, more expensive car.  Then you can get dissatisfied with that.  But you don’t need to do that.  If you’re satisfied – when you have all your basic needs taken care of and if you would learn how to do dentistry in a way where you don’t have to do things over and constantly repair/replace and patch and all that and you get it done right the first time, you can have a hugely successful practice with enough to have a lot of extra left over.

I just would strongly urge any dentist to be sure that you’ve got a good retirement plan going and that you’re putting stuff aside for a rainy day.  Then slow it down and enjoy life and enjoy your family.  Enjoy doing some civic work, doing something meaningful to give back because we’ve been so blessed as dentists to have the opportunities we have.

There’s lots of opportunities to give back some of that.  If we don’t do that, we’re not going to be as happy as we should be.  Contentment is very important.  That we’re givers and not just takers. 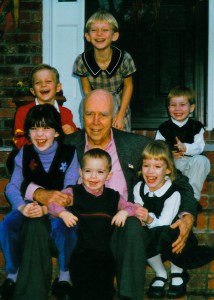 I really believe that’s one of the reasons a lot of practices fail or are stressed out is because they’re trying to cram too many patients in there with the idea that they’re going to be making more and we can prove that they’re actually making less but they’re working harder for it than if they slowed it down and took better care of each patient.  Less is more.

“The digital world has hit dentistry at a very strong level”

“We have the only prevention relationship left in all of health care. It puts us in a prime position to be able to help...

New to DDSPOV? For notification of new interviews and special offers, sign up today.